If I really agree with this, I shouldn’t be blogging about it 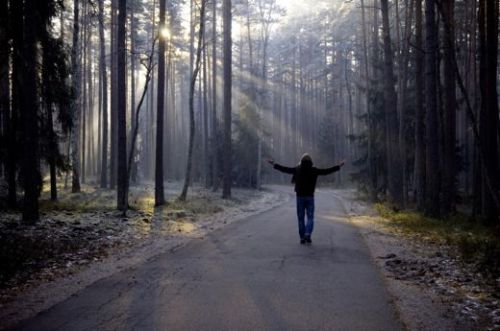 THE average American spends at least eight and a half hours a day in front of a screen, Nicholas Carr notes in his eye-opening book “The Shallows,” in part because the number of hours American adults spent online doubled between 2005 and 2009 (and the number of hours spent in front of a TV screen, often simultaneously, is also steadily increasing).

The average American teenager sends or receives 75 text messages a day, though one girl in Sacramento managed to handle an average of 10,000 every 24 hours for a month. Since luxury, as any economist will tell you, is a function of scarcity, the children of tomorrow […] will crave nothing more than freedom, if only for a short while, from all the blinking machines, streaming videos and scrolling headlines that leave them feeling empty and too full all at once.

The urgency of slowing down — to find the time and space to think — is nothing new, of course, and wiser souls have always reminded us that the more attention we pay to the moment, the less time and energy we have to place it in some larger context. “Distraction is the only thing that consoles us for our miseries,” the French philosopher Blaise Pascal wrote in the 17th century, “and yet it is itself the greatest of our miseries.” He also famously remarked that all of man’s problems come from his inability to sit quietly in a room alone.

[…] We barely have enough time to see how little time we have (most Web pages, researchers find, are visited for 10 seconds or less). And the more that floods in on us (the Kardashians, Obamacare, “Dancing with the Stars”!), the less of ourselves we have to give to every snippet. All we notice is that the distinctions that used to guide and steady us — between Sunday and Monday, public and private, here and there — are gone.

We have more and more ways to communicate, as Thoreau noted, but less and less to say. Partly because we’re so busy communicating. And — as he might also have said — we’re rushing to meet so many deadlines that we hardly register that what we need most are lifelines.

So what to do? The central paradox of the machines that have made our lives so much brighter, quicker, longer and healthier is that they cannot teach us how to make best use of them; the information revolution came without an instruction manual. All the data in the world cannot teach us how to sift through data; images don’t show us how to process images. The only way to do justice to our onscreen lives is by summoning exactly the emotional and moral clarity that can’t be found on any screen. […]

It’s vital, of course, to stay in touch with the world, and to know what’s going on […] But it’s only by having some distance from the world that you can see it whole, and understand what you should be doing with it.

What more is there to say? I’m logging off for now. So should you.