The case for optimism, cont’d: “The most radical political act there is”

Colin Beavan, a.k.a. “No Impact Man,” argues for optimism:

When I was child, and I first heard of war, I was appalled. My mother had taught me hitting was wrong. I categorically understood that people should not hurt each other. Then I grew up and I became realistic. Peace, feeding the hungry, a healthy planet, an end to war, these things just aren’t realistically possible, a mature mind understands. Well, when it comes to these things, I’ve been both an idealistic child and a realistic grownup, and I think I was a better person when I was an idealistic child.

I believe in the goodness of human nature. I believe we can get distracted by many things, but that, ultimately, we all want to do what is best. Because that is true of people, I believe we can make the planet better for all of us, that we can have peace, feed the hungry and end war.

Being optimistic, on the other hand, is the most radical political act there is.

The more I think on this, the more I believe it to be true. Margaret Mead famously said, “Never doubt that a small group of thoughtful, committed citizens can change the world. Indeed, it is the only thing that ever has.” What she didn’t explicitly point out is that those thoughtful, committed citizens must, at heart, be optimists — not naïve Pollyannas who expect to dream their utopia into reality, but people who find the courage and the will to work hard towards their big idea because they think it just might work.

When it comes right down to it, optimists are the only ones who have ever changed the world.

This is why, as funny as George Carlin often is, I’m not really a fan of his work. He makes some very smart and pointed critiques about society, but his underlying message is a nihilistic one: “The powers-that-be have won; the game is hopelessly rigged; there’s nothing you can do; we are all well and truly and irreversibly fucked.” Whether or not this turns out to be true, it’s an utterly useless observation. It does nothing to inspire people to get up off their couch and demand change. It gives them reasons to simmer in cynicism and despair — but not reasons to hope, and therefore, not reasons to act. And when nobody acts, then Carlin’s rants become a self-fulfilling prophecy.

Who’s going to fix things if it isn’t us? I can’t help thinking that the time has come for us to take back our culture. It’s time for every citizen with a good idea to get to work, to trust yourself, to start. Sooner or later you have to accept the fact that you need no other authority than your good intentions and your loving heart.

This comes via Robert Krulwich, who writes about a debate over whether language alienates us from, or connects us to, the world.

The answer, of course, is both. Language is a tool, and a powerful one. It’s up to us to use it wisely.

“The future doesn’t belong to the faint-hearted. It belongs to the brave.”

Via BadAstronomy, a tribute to NASA’s space shuttle program, now one for the history books. And although I don’t agree with much of Ronald Reagan’s politics, he’s absolutely right in this video.

I won’t deny that the shuttle program has fallen short of its expectations, and in many ways can be seen as a failure. Instead of expanding the frontier of human space exploration and reaching for Mars and beyond, the shuttles stayed stuck in low Earth orbit and — as Neil deGrasse Tyson likes to point out — “went boldly where hundreds have gone before.”

Nevertheless, they were a powerful visible symbol of humanity’s continuing desire to reach up and be connected to space — and played an essential role in launching and later repairing the Hubble Space Telescope, which actually did connect us to space and exponentially expanded our knowledge of the known universe. And they were an inspiration for millions of schoolkids — many of whom became scientists themselves, making important advances in countless fields — whose love of science and discovery was first awakened by images of humans hurling their ships toward the stars. (And, okay, by dinosaurs too.) The shuttles may have been more successful as symbols than in actually advancing the frontier of space — but I wouldn’t discount the power of symbols to shape the dreams and direction of a society.

So, what now? Nicholas de Monchaux is optimistic about the future of human spaceflight, one that is unshackled from the stifling constraints and frightening geopolitical pressures that shaped previous programs. Rather than mourn the end of a program whose “institutional culture and mismanaged expectations […] contributed, not once but twice, to the destruction of craft and crew,” he celebrates the design of the spacesuit: “a literal patchwork of improvisations and adaptations, the kind of invention that typically takes place in the garage, not the lab.” The spacesuit, he argues, exemplifies a “soft” approach — “ad hoc, individualistic, pragmatic” — whose spirit better serves our pioneer ambitions to blaze new trails into space:

Despite the shuttle’s extraordinary achievements, it came to illustrate how ill-suited the military-industrial enterprise is to the only enduring rationales for manned spaceflight: heroism, pure delight and the essential expansion of human possibility.

As entrepreneurial endeavors like SpaceX and Virgin Galactic arise to fill our new gap in manned spacecraft, we have reason to be optimistic. In the same farewell address in which he cautioned against the undue influence of “the military-industrial complex,” Eisenhower also issued a second, less-remembered warning, against the related prospect of a world in which a “government contract becomes virtually a substitute for intellectual curiosity.”

Such curiosity and its astonishing consequences, as exemplified by the Apollo spacesuit, is likely to flourish more richly outside the organizational constraints and corporate shell of post-Apollo NASA. And so will continue to inspire us all.

“How to live and how to die…and have some snacks”: an appreciation of Maira Kalman 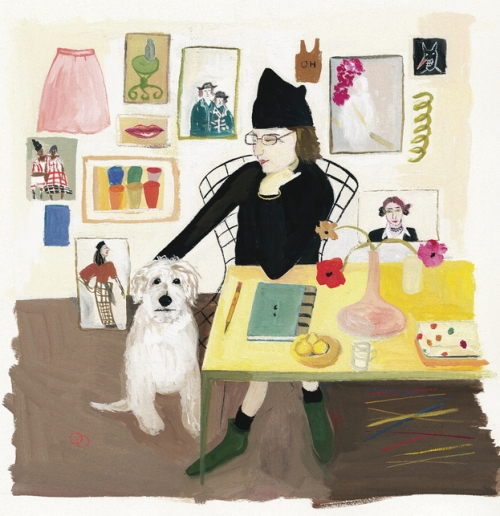 Though I’d seen Maira Kalman’s work here and there for years (the famous “New Yorkistan” cover for the New Yorker, for example), I really became aware of her through her illustrated blog for the New York Times (her take on Obama’s inauguration is one of my favorites) as well as through her whimsical images for Strunk and White’s The Elements of Style. Recently, as I mentioned, I had gone to see “Various Illuminations (of a Crazy World),” an exhibition of her work at the Jewish Museum, and… Look, I’m just going to have to put up some images here, because they’re wonderful. END_OF_DOCUMENT_TOKEN_TO_BE_REPLACED 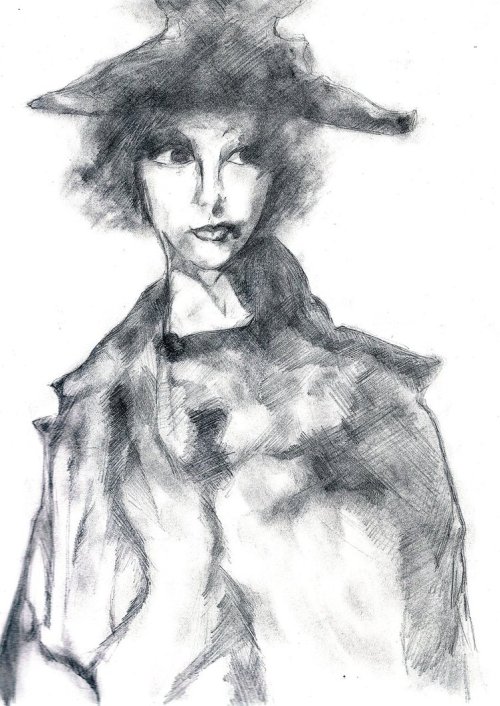 As if the fullness of the soul did not sometimes overflow in the emptiest metaphors, since no one can ever give the exact measure of his needs, nor of his conceptions, nor of his sorrows; and since human speech is like a cracked tin kettle, on which we hammer out tunes to make bears dance when we long to move the stars.

I saw this quote on a wall at the Maira Kalman exhibit “Various Illuminations (of a Crazy World)” at the Jewish Museum. Kalman claims this as one of her talismanic texts. And while human language is an amazing thing, there certainly are times when words seem like so many waves lapping at reality’s shore: caressing it, suggesting its contours, but never fully grasping it.

I’ve never read Flaubert before, but clearly now I must.

“All people deserve respect. But not all ideas do.”

Hari refers to his own plagiarism scandal at the beginning of the clip, but here he stands up for the right of his critics to justifiably blast him. And in contrast to Phil Plait’s emphasis on civility in his “Don’t Be a Dick” speech, Hari — echoing combative spiritual compatriots like Christopher Hitchens — defends the right to offend, and scorns the notion that the religious (or any other group of people) should be somehow exempt from the risk of being offended: “Nothing worth saying is inoffensive to everyone. Nothing worth saying will fail to make you enemies. And nothing worth saying will not produce a confrontation.” (Kenan Malik argues along similar lines here.)

Hari puts it succinctly: “If you don’t like what someone says, argue back. Make a better case. Persuade people. Get it right. Do it better. The best way to discredit a bad argument is to let people hear it.”

Some previous posts on religion and free speech here and here.